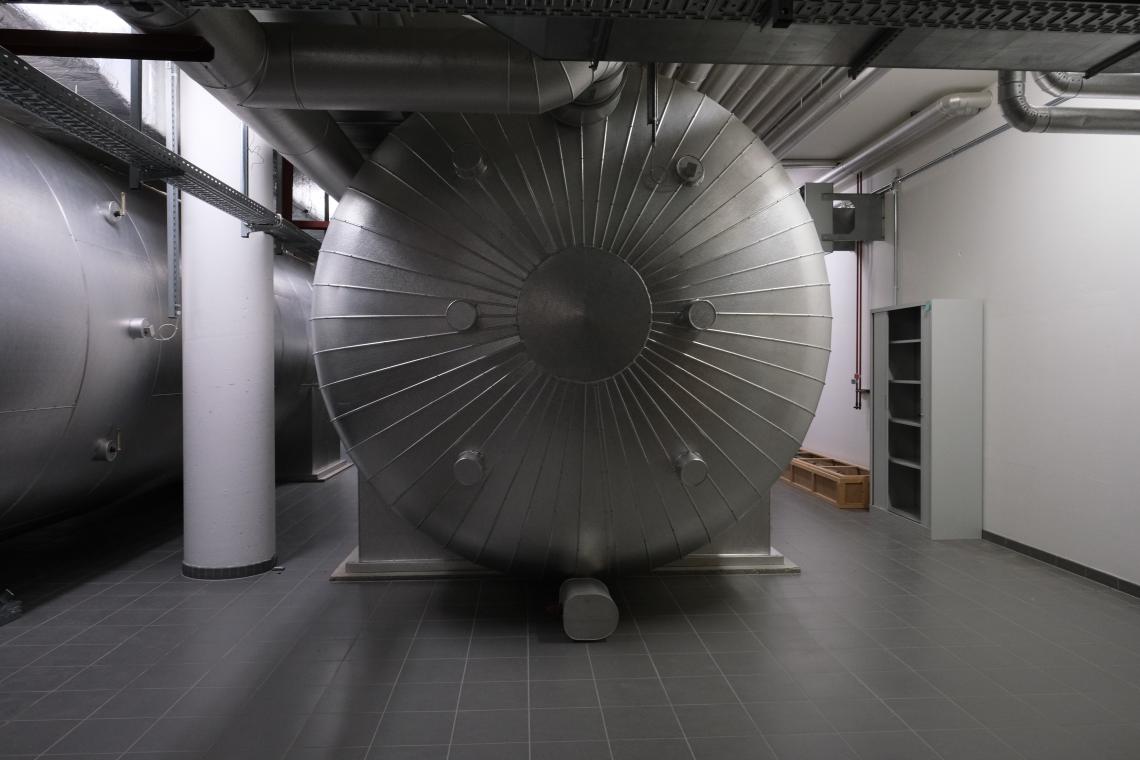 The Clandestine Talks, during the exhibition “Post-Capital: Art and the Economics of the Digital Age” (02 Oct 2021 - 16 Jan 2022) at Mudam Luxembourg – Musée d'Art Moderne Grand-Duc Jean take place in the undisclosed and protected climate control room - SS70 – in the basement of the museum.

Located in the Park Draï Eechelen, this building is overlooking the historic city of Luxembourg. It was opened in 2006 and designed by Sino-American architect Ieoh Ming Pei. Surrounded by trees, the museum is rather isolated from other buildings; the closest, a few meters away on the “Place de l’Europe”, are the Philharmony and the Robert Schuman Building, first administrative seat of the European Parliament in Luxembourg.

The museum was built on the ruins of the ancient military fortress, the Dräi Eechelen, meaning “three ancorns”. This coexistence, which was deliberately chosen by the architect, could be seen like a bridge between centuries of history.
In the middle of the building is situated a big pyramid of glass, a material used for many other parts of the museum’s walls and ceiling. The rather “massive” parts of the stone architecture are in a dialogue with the transparency and lightness of the canopy.

Inside Mudam, technology serves architecture and not the reverse. There are no redundant elements in the exhibition halls, all technical or technological material like pipes and cables are hidden in the thick walls. However, Favaretto’s talks take place in the so-called “refregirating system” rooms which is the only space of the museum where function comes before esthetics and all the technological elements are in sight. This area is located in the second basement, separated from the rest of the museum and inaccessible to all visitors. The technical room contains climate control cabinets and related electrical equipment, as well as 2 chilled water buffer tanks of 100,000 litres each used for the climate management of the building. There are huge metallic boxes and containers in the rather chill room. 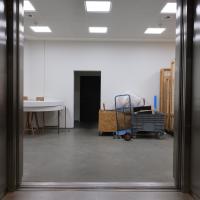 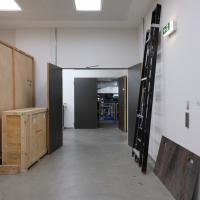 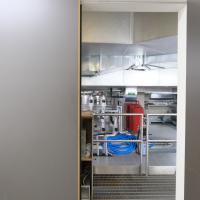 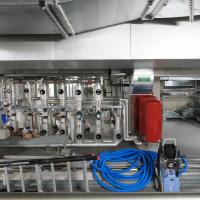 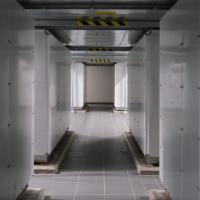 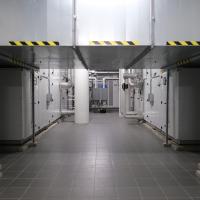 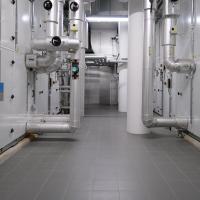 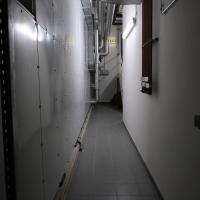 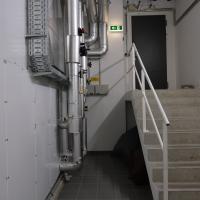 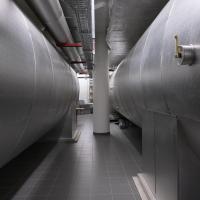 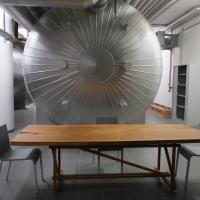 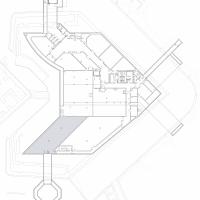